Among many interesting presentations (which are reported upon with pictures on its website), for the first time in my life I led a meditation breakout. A friend, Tom, helped me lead it as my partner, Greg, the co-president of AASCEND was busy with the many other things happening that day at the conference.

A parent asked me a question I had heard several times before: “I want my autistic child to meditate, how do I get her/him to do this?” At the conference I told this mother, as I had told the others before her, that if my parents had asked me to do such a thing I most likely would not have done it. After the conference I realized there is much more to this question and that there is a better answer. If ever the mother who asked about her grown-up son happens to read this, following is what my answer would be. I have a son and he did sit down to meditate with me several times. I believe that is the key: if you want your child to meditate you need to do it with her/him.

Meditation is not just for your child, it is also for you. In my book, I speak about how frustrating it is that our parents have a tendency to see us, autistics, as the sole problem; they most often do not look at themselves. But in fact they often are a major part of the problem when they fail to recognize that autistic children and parents share a common humanity, with all of its desires and delusions. Well-meaning parents in their understandable efforts to help their children assimilate usually broadcast the strong message to their autistic children that they are defective. When a parent can focus on their own shortcomings, the picture becomes much more balanced and harmonious growth becomes more possible in the family. We meet as humans. Autistic intensity also burns us, the autistics, and it hurts, but before we become a little more aware of ourselves we do not have a choice about it, we have to live with it. Throughout most of my life I have wondered “what have I done wrong?”

At the conference’s meditation breakout, I read from my favorite books of the last few months, “Training in Compassion”, by Norman Fischer. I was very much inspired by this breakout session, and several people in the group told me they themselves were inspired. I hope to find a way to lead more meditation sessions for autistics adults who are more or less able to function on their own.

This picture can be seen on the same permanent link as for the conference, above

Just because I practice zen and meditate does not mean I ought to be complacent. And in case I forget this, I am regularly reminded when I become overwhelmed and experience trauma. Last year, I became quite unhinged when the car I was driving died on me. I had borrowed the car from my son as I do not own a car myself. I do not do this usually, it was a case of urgency as I was supposed to help out with a puppet show to help educate young children about autism (The Friend Tree.org). I was stuck in traffic and could smell the car’s transmission (or was it the hybrid battery, or the clutch?) burning while I drove in an infamous tunnel in the San Francisco Bay Area, the Caldecott tunnel. This tunnel is infamous because a fuel truck exploded in it a few years ago. I am a good driver, and more often than not I only completely panic immediately after the worse is over, just like I only let down my hair and act out once I am back home. That day I managed to make it through the tunnel just barely, where I could pull the car on the shoulder. Once parked, I started to heave and sob hysterically. At the same time, I knew I had to be in time for the puppet show, so I made several phone calls: Melissa, with whom I was to do the puppet show, could come and pick me up nearby and she also agreed to help after the show (in fact, she even helped push the dead car up a hill, while her baby son was sleeping!); my son started to make plans to come with a friend and tow the car after the puppet show was over, and my partner told me to make sure to leave a note on the windshield to say that I had to go but that the car would be taken care of in the next few hours. Throughout each of these calls, my hysterical sobbing made it difficult for the other person to even understand what I was saying, and they all told me later how frightening that was, but they also really and practically helped me. Finally, an unexpected helpful tow truck came along, and its kind driver said he would drive me for free to the place where I was to meet with Melissa. I still have the driver’s name, Benjamin, from 24/7 Towing and Road Service. I had difficulty writing the explanation note to leave on the dead car’s windshield, as my hand was shaking so violently. I was not about to tell Benjamin that I am autistic as this often creates fear, but I had to explain why I was sobbing hysterically while at times covering my ears, eyes or nose. So I said I was extremely nervous due to my problem with Environmental Multiple Sensitivities. 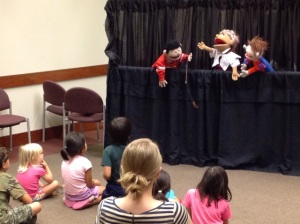 I am only describing this incident to give a public example of how overwhelmed I can be. I take things so seriously and personally that they eat me up, I can’t find sleep for many hours afterwards and my nights are filled with worry about the incident. There are many more traumatic incidents in my life, some even lead me to hurt myself. I believe that the chronic painful knot at the base of my neck (which radiates down my spine and left shoulder) is a result of such continuous trauma.

1 thought on “MEDITATION IS FOR ALL AND TRAUMA HAPPENS ANYWAY”